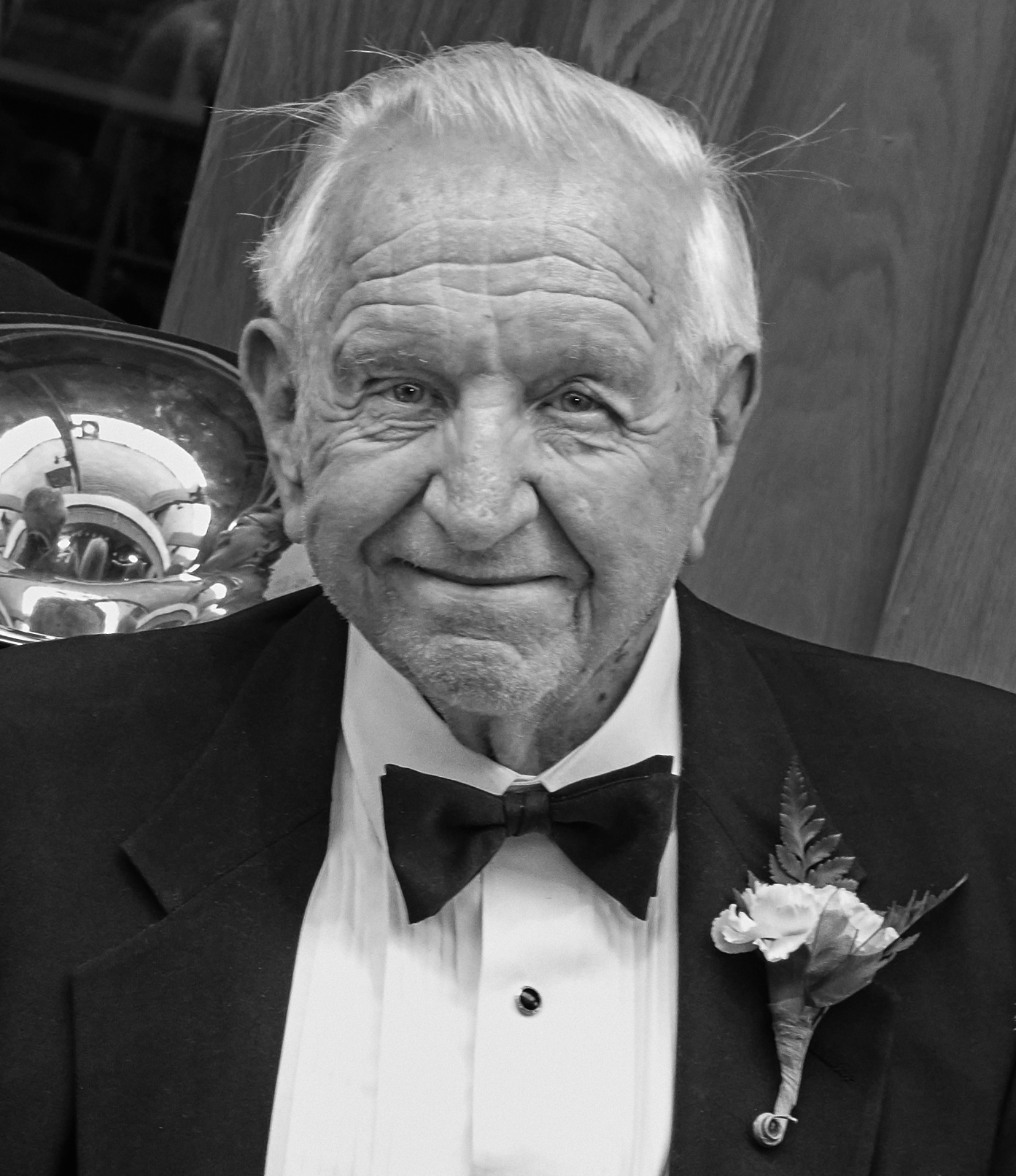 Charter MSW member James Arthur “Jim” Blood passed away on May 24, 2022 at the age of 89. Jim was a consummate musician who played at an incredibly high level. A valuable and consistent presence in the Minnesota Symphonic Winds for nearly 45 years, he dutifully maintained the membership roster, served as a section leader for many years, and kept detailed archives of each and every piece the band played. If MSW had played a piece, Jim could tell you what year we performed it! He was a model of excellence as a player and band member.

Jim began his 80 year love affair with the baritone at age 9. Born and raised in Joliet, Illinois, Jim played throughout his school years. He later attended the University of Illinois where he played in the concert and marching bands, as well as the American Legion Band – Joliet Post, during summer breaks. While he enjoyed a lengthy career as an electrical engineer, Jim’s love of music remained his passion and would be the connecting thread throughout his life.

Jim especially loved playing in ensembles. There he found fellowship and community in the creation of something artistically beautiful and spiritually transcendent; a chord that reverberated from the player to the receiver and back again. At the time of his death, Jim was on the rosters of the Minnesota Symphonic Winds, Lake Wobegon Brass Band, Senior ELCA Synod Band, Fridley City Band, and Robbinsdale City Band.

MSW sends our condolences to his wife, Donna, and their family. Jim will be dearly missed by his many friends in MSW.